Today my piece entitled No, I’m not OK: the isolation of R U OK? Day was published in Overland online magazine. 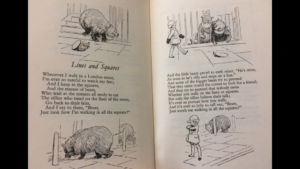 By Elizabeth Saunders with apologies to Alan Alexander Milne

Whenever I walk down a Brisbane street,

I’m ever so careful to watch my feet

And I keep from the lines

Tactile paving is oft the worst to step on

No steps is best, or else two must be upon.

But no gait change allowed

(That counts as a step)

It must be all even among the crowd.

There are bears in my brain which make up the rules

I don’t know what they are til I’m given the chills.

Driveways, usually, an even number of steps

Sticks, leaves and seedpods must be re-stepped.

(And with no headphone a curse.)

I halt on my jog – a utility cover.

I’ll have to turn round and look for another

Route to get home but all paths are the same,

Too many parts to mimic and maim.

The bears growl to each other

About the lines on the footpath

And the marks on the drain.

The masses of bears,

They see the germs too.

I do my hand washing and I use my hand gel,

The bears think I’m a silly

But I use hand wipes as well.

Some of the younger bears try to pretend

That it’s all about footpaths

Or germs on one’s skin.

But the bigger bears know that in the scariest lairs

They go beyond childhood games and cares

For deep down inside are the menacing bears.

The intrusive thoughts, those menacing bears,

They tear apart every one of your cares.

The worst thing you can think of,

Your boggart – that’s you.

You might try to pretend to be someone’s friend

Then hurt them somehow

Or whatever it is that you think is most foul.

The bears in your brain, they know that it’s true

The worst of the worst – the bears tell you it’s you.

It’s ever so portant that you don’t balk

As you try to believe your therapist’s talk

And it’s ever so frightful to beg out “Bears,

Stop the intrusive thoughts from the darkest of lairs!” 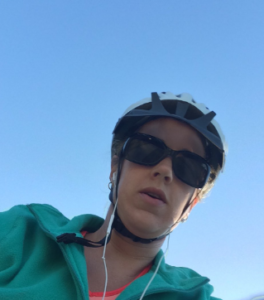 For someone who doesn’t believe in ‘signs’ or ‘messages’, I’ve decided to let this one through.

I’ve recently taken up cycling. I try to go at least one day on the weekend and listen to music or podcasts while I cycle through the bushlands, wetlands and carparklands of the surrounding suburbs.

I’ve been a bit down lately. Actually, that’s a huge understatement. A team of professionals, a suite of medications, a range of coping strategies (some more maladaptive than others), hospital stays of varying durations, a horde of loving friends and family, and I’m barely keeping my head above water.

Everyone keeps banging on about how well I’m doing and that I should give myself some credit for what I am achieving.

My inner-self cries “what achievements?” Since when did getting someone else to do school drop off, staying in bed all day then heating up a freezer dinner become an achievement?

I know we have times in our lives when we need the help of others – new baby, bereavement, serious illness and the like – but seriously, I’ve barely cooked a meal in two years. What happened to the person who used to just get stuff done?

I have such a low capacity now, and no resilience. Last Wednesday I presented at the national conference for my profession. Last Thursday I was taken by ambulance to psychiatric emergency because I got a bit stressed in a meeting.

Today I dropped off a fortnight’s worth of laundry to a friend who begged me to let her do it. I don’t even have the energy to politely refuse when people offer anymore. I’m so dismayed with my own inability to complete tasks that I gratefully piled her up with overflowing baskets.

Back to this afternoon’s bike ride. I gave up early. I’d been for a big ride yesterday, the wind was against me and I didn’t have any oomph. I tried to be gentle with myself and concluded that a short ride was better than no ride, and headed for home do something nice before it was time to pick up the kids. 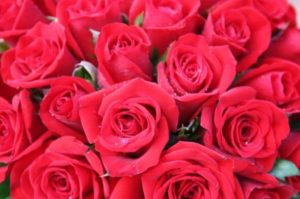 I returned home from yet another hospital visit today to see that my ABC Open piece on ‘Advice’ had been published.

Advice for the mentally ill

Ensure that you have a supportive and loving spouse, family, friends and employer. Navigating mental illness without this is unthinkable.

Don’t expect that if you present to the emergency department that you will get to see a doctor. If you get concerned about this, expect to be offered prescription sedatives, but you still won’t get to talk to a psychiatrist.

Expect to be scolded if you insist on this – being proactive in seeking medical care is generally frowned upon as ‘rudeness’. Don’t feel relieved when you finally get an appointment; tomorrow they’ll decide you live in the wrong suburb and will cancel.

When admitted, an allied health professional may occasionally visit. Sporadically you’ll get to see a doctor, but she’ll contradict the registrar and scold you for following her advice. 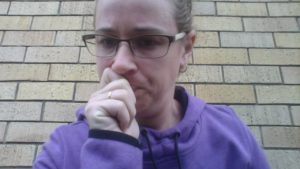